I had this encounter with an old lady who boarded the same taxi I was in, with two of her family members to a nearby health center.

She was very weak. All she could do was to moan and whine.

It was written all over her face, her time among men was very thin. Walking to the taxi was a problem,tears swelled up in her eyes as she sat in the taxi and waved her family, she was on a journey of no return. The tears gently drip down her cheeks and watered her blouse.

She could slightly breath and speak.

The driver wasting no time gave the car a powerful acceleration. soon we were at the health center.

Where are the doctors and nurses when you seriously need them?

They claim to be underpaid but are they really doing what is expected to attract higher salaries?

They behave as if they have found a cure for death and for that matter the sick should never get worried.

But God is the mighty healer, doctors are just cashiers who take money for what God have done.

I could feel the pain the old lady was going through, her whining pierced really deep into my heart. How i wish i  had some healing powers.

Family members were on the brink of crying. All this while we were waiting for someone to attend to the old lady.

People around knew she was not going to make it.

As the driver took off i said a little prayer for this old woman.

”i pray she finds her healing in Jesus name.

and even if she dies,she should find peace in the bosom of the Almighty.

And to the doctors and nurses who left their duty that day, they will surely reap what they have sown.

the thought of the woman gradually faded out from my mind.

The next week i was back t o this same village and to my surprise they were doing the funeral rites for this woman. I asked when she died and from what i was told, she died the same day i had an encounter with her. 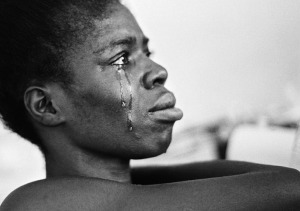 TRULY SHE WAS ON HER JOURNEY OF NO RETURN.

WE ALL HAVE SUCH JOURNEYS TO EMBARK ON, WE JUST DON’T KNOW WHEN